The Day After Black Friday

How Small Business Saturday is Getting Bigger

SMBs are finding it increasingly difficult to compete against larger companies and e-commerce retailers. When it comes to Black Friday and Cyber Monday sales, it seems as though SMBs don’t stand a chance to compete. They simply do not have the means or resources to launch and manage blowout sales to the same degree as their major competitors.

Yet, many SMBs do not seemed the least bit fazed by this grim holiday sales portrait. This, because Black Friday is immediately followed by Small Business Saturday, a day dedicated entirely to promoting the patronage of small and medium businesses. Originally launched in 2010 by American Express for a whole slew of PR and marketing purposes, Small Business Saturday and the “local-first” movement it helped set in motion has grown with the years, encouraging consumers to “shop small” year-round and support local stores and businesses.

In fact, the majority (62%) of consumers who planned to shop locally on Small Business Saturday in 2016 claimed to want to support the small or independently-owned businesses, out of appreciation for the great contributions made by the SMBs to their communities. According to a poll commissioned by the Public Affairs Council, a full 88% of adults view small businesses favorably, as opposed to only 67% when asked about major companies, a fact that, undoubtedly, has contributed to the increase in awareness and intent to shop on Small Business Saturday.

“Small businesses across the nation are often run by the friends, family and neighbors that we know so well, so supporting them is not only personal but critical to their success,” said Juanita Duggan, CEO and President of the National Federation of Independent Businesses, in the American Express press release.

No harm in following Black Friday 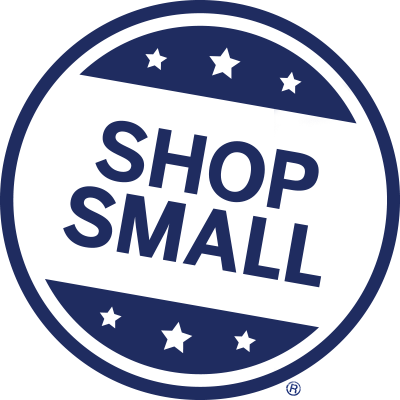 Like their much larger, more known competitors, SMBs experience their greatest selling periods during the holiday season. While Small Business Saturday comes immediately after Black Friday, many SMBs do not seem to be uncomfortable having their major blowout day follow such a large sales extravaganza, fully confident that in turn, they too will reap the holiday weekend’s commercial benefits.

“We do better on Small Business Saturday than Black Friday, because [then] you’re competing with big box retailers that are offering insane discounts,” said Nicole Northway, the owner of One Strange Bird, an American handmade goods merchant to Retail Touchpoints. “I like that there’s a second day set aside particularly for independent and smaller retailers.”

“People want to support local businesses and tend to already know about them,” explained Greg Sterling, Vice-President of Strategy and Insights at the Local Search Association (LSA), to Camilyo. “What the SMBs do is remind customers that they are out there. If they are well-positioned online they may be at an advantage to capture awareness and create opportunities. They can launch e-mail marketing campaigns and offer some form of heightened service. Sell customers on professionalism - this is a potential differentiator.”

This year, roughly 112 million shoppers reportedly frequented local independent businesses on Small Business Saturday, marking a 13% increase from the over 95 million customers who “shopped small” the previous year, according to a 2016 NFIB and American Express press release. Revenues from Small Business Saturday, however, did take a dip in comparison to the previous year, with total reported spending approximating $15.4 billion, as opposed to the $16.2 billion spent in 2015, most likely due to bombastic blockbuster sales and longer, more drawn out sales periods with many Black Friday sales beginning several days earlier and lasting throughout the weekend and, often, through Cyber Monday.

Small Business Saturday is all about the consumer experience

Forget the mad dash of masses stampeding through major retailers on Black Friday and the glassy-eyed look of internet savvy shoppers on Cyber Monday. The real profit accrued by SMBs during the post-Thanksgiving shopping blitz is the creation and tightening of loyal customer bonds, laying the groundwork for long-term faithful patronage at the SMBs’ brick-and-mortar stores and on their retail e-commerce sites.

While providing exemplary in-store and online customer service, SMBs utilizing email capture, website personalization and targeted marketing techniques stand to beat out even the largest of retail competitors by forging long-lasting, personal ties with consumers, outselling the competition on service, even though they can’t outsell them on price.

Your Gateway to Telehealth
Things we did during lock down…
The New Social Module is Here!