As a marketing service provider, you need to generate results for your small business (SMB) clients. However, their budget is tight and the time you can dedicate to them is restricted. How can you achieve stellar results with these two fundamental conditions? We dug deep into dozens of content marketing hacks and selected the 6 best free ways to promote any blog post that your SMB has on their website to gain more traffic that can later be converted into leads.

Influencer marketing is a hot trend for 2017, but it’s not always the right tactic for small businesses. We came up with a better way to harness the power of influencer marketing. Micro-influencer marketing (as can be understood from the name) involves reaching out to a few smaller influencers who aren’t yet super-famous or charging for their recommendations. Their opinion is taken seriously by their several-thousand strong followers, making them just as effective as one super-famous influencer (if not more so).

How much of your time it may take: Up to half an hour to create an initial list of influencers which you can reuse multiple times. Once you know who to target, just a few minutes per piece of content.


Expected outcome: Influencer marketing can convert with an ROI of over 200% 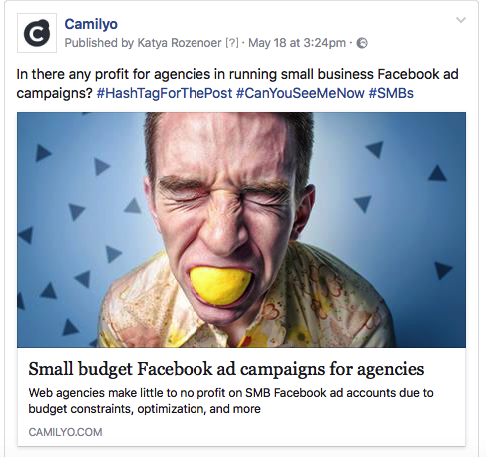 Previous wisdom insisted that hashtags on Facebook were ineffective and caused a post to underperform. However, Facebook users do utilize hashtags to search for posts, so placing them correctly can bring new audiences to your content. Hashtags drive engagement with your SMB client by inviting their audience to continue the conversation across the platforms you use.

How much of your time it may take: A few minutes per post


Facebook hashtags should be short; ideally only six characters and definitely not more than twenty, unlike Instagram posts which perform best with lots of hashtags of over twenty characters. 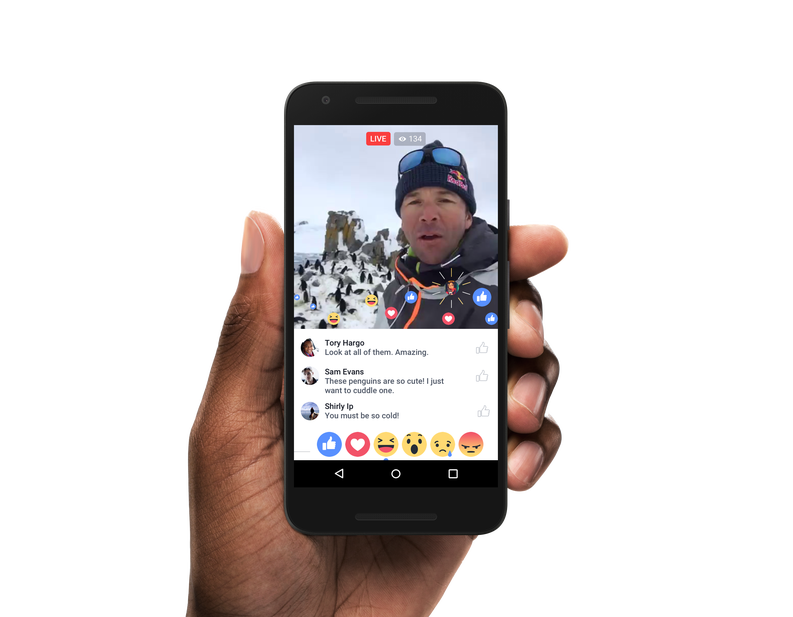 You already know that video content performs better on Facebook than other types of content. Facebook Live is a relatively new and easy way to produce unique video content for your SMB audience. Because not many small businesses incorporate Facebook Live yet, you also have an excellent window of opportunity to leverage Facebook’s algorithm to help your SMB client to stand out. This hack does require your SMB client’s involvement, but as they become accustomed to maximizing Facebook Live it should become faster.

All types of SMBs can find an angle for Facebook Live, but it lends itself particularly well to small businesses in the makeup and beauty sector, sports, fitness and outdoor activities, and restaurants and culinary businesses.

How much of your time it may take: Half an hour of extra planning when arranging other video content, promotion in advance, and sharing after the event.

Many marketers tend to overlook their existing content, forgetting that it keeps working for their SMB client for a long time. If you don’t have the time or money to create new content, improve the performance of an existing piece by making it longer. Research has found that content over 2000 words more likely to rank in the first ten search engine results, both because Google recognizes it as more valuable, and because fewer writers are willing to invest the energy required to write longform articles, leaving your SMB client with less competition for these types of posts.

How much of your time it may take: If you already have the research to hand on a topic, adding an extra few hundred words should not take longer than half an hour.

You can either combine two or more shorter pieces on the same topic into one longer and deeper article, or you can add new original content onto an existing post. As you do so, remember to incorporate micro-influencers and hashtags when you reshare it to social media, and include a plan to convert this high-performing post into Facebook Live video content.

Expected outcome: A BuzzSumo research study found that content of 2000-3000 words gets around 33% more shares than content of under 2000 words.

There are tools widely used by PR experts which connect journalists with industry experts to increase your SMB client’s name recognition and give them the opportunity to share their content with a wider audience.

How much of your time it may take: A few minutes per day


Expected Outcome: Content can be sent to as many as 23 million readers via a free HARO connection. Mention as an industry expert on a reliable publication like the Wall Street Journal or Good Morning America brings your small business client to far more eyes than you could reach on your own.

Thousands of readers read aggregating sites like Medium and Reddit every day, and major news publications and official organizations check them for trending topics. Even Amazon and The White House use Medium as well as sending out press releases. Choose the right one or two sites for your SMB client to build a loyal audience.

How much of your time it may take: Half an hour initially to become comfortable using Medium, Reddit and similar sites. Then a few minutes per day to share content.


Expected Outcome: Your SMB client’s content will garner a supportive audience that will boost their Google search rankings and potentially bring them to the attention of even bigger publications.

Cross-posting to popular websites brings your SMB client more exposure for their brand name and can drive new leads to their own website. By sharing high performing content in the right category and/or with the right tags for your SMB client’s industry, they can access a new audience that is already receptive to their product because they chose to read posts on this subject.

Your Gateway to Telehealth
Things we did during lock down…
The New Social Module is Here!